Whew! After telling you the first half of my Top 10 games played in 2019, I needed a break. Being surrounded by all that awesomeness can be tiring!

But now I’m back with the bottom half of the list. These are the 5 best games I played in 2019, and you know they’re going to be good because I have the best taste (seriously, you do know that, right?).

That would be a great year!!!! But my fellow cultists would be really miffed.

You can find the first half of this list here.

So let’s get this show on the road!

END_OF_DOCUMENT_TOKEN_TO_BE_REPLACED

In another quest to get a cool-looking GMT game over the P500 hump, I have to write about The Barracks Emperors. 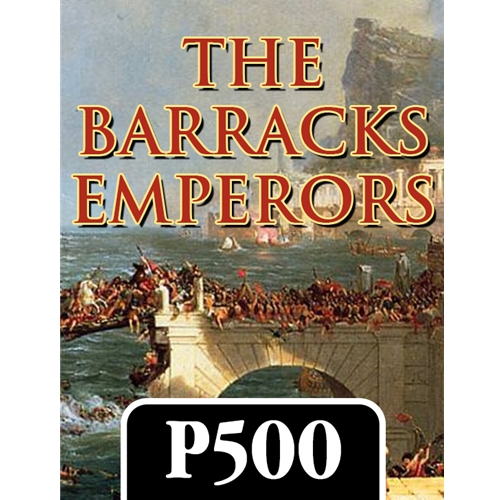 For those of you who don’t know what the P500 is, basically GMT Games has a bunch (actually, I think it’s more officially known as a “crap load”) of games that they are looking to see if they can garner enough interest in order to go into production with them.

It’s sort of like Kickstarter, except that you don’t have to pay ahead of time.

Instead, once the number of pre-orders hits 500, they are ready to put the game into production. This would include finalizing all of the rules, the artwork, graphic design and actual components, etc. A game can take 1-2 years to come out even after getting over the hump, but that’s ok.

You don’t have to pay anything until the game gets ready to ship.

In fact, you can even cancel your order ahead of time, all the way up until the time GMT starts charging.

I’ve already had one success in getting a game over the hump (ok, that one still took a few months and didn’t really increase the number of orders each time I retweeted it, but DAMMIT LET ME LIVE IN MY FANTASY WORLD!!!!) so let’s see if we can do it again.

What is so great about The Barracks Emperors that I want to get it produced?

END_OF_DOCUMENT_TOKEN_TO_BE_REPLACED

June was a very slow month for new to me games. Only two! And one expansion.

Man, were they great ones, though. The expansion is to my favourite game of all time (at least for now) and I got another COIN game in!

I think the low number is mitigated by the fact that one of the plays was of a 2010 game.

That’s almost elderly in this day and age!

When I presented it to the Cult of the New to Me, I thought there might be another revolt. I’m not really living up to my cult leader status with only two new to me games played

I didn’t need to worry, though. This was their reaction.

I hesitate to tell them what July’s probably going to be like, though. They may just be being lenient on me this time.

So, without further adieu (all of my adieu disappeared into the desert during a clearing operation anyway), let’s get started!

END_OF_DOCUMENT_TOKEN_TO_BE_REPLACED

What a fitting day to share the love I have for my Top 5 Games.

We’ve reached the end, those of you who have been holding your breath to see what my Top 5 games played are. Hopefully you didn’t hold your breath so long that you went blue in the face! 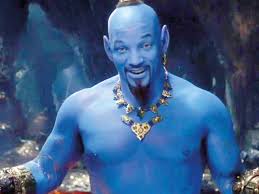 I’ve heard there are problems with that.

Anyway, these are my 5 favourite games, and is it any surprise that all of them have reviews on this site (other than one, which said review is coming but I didn’t want to spoil the list by posting it first)?

It’s been fun doing this list, also knowing that most of these games wouldn’t really be on anybody else’s Top 25.

As I’ve said in every entry, please keep in mind that this is only out of a total of 296 games, so it’s very possible that your favourite game is one that I haven’t played.

END_OF_DOCUMENT_TOKEN_TO_BE_REPLACED

(Edit: This is one of my Top 5 Games Played of all Time, as of February 2019 anyway. Check out the other games as well!)

Ever since my college toga parties, I’ve wanted to be a Roman emperor. I mean, sure, they had a tendency to die in horrible ways, many of them were cruel and corrupt and it all together wasn’t a good time for them.

But just think of the perks! There are people peeling your grapes! Throwing flowers in front of you as you walk! There are…

Ok, maybe it wouldn’t have been so great. But I looked good in a toga. (Editor: “Looked” being the operative word)

Why am I talking about all of this? 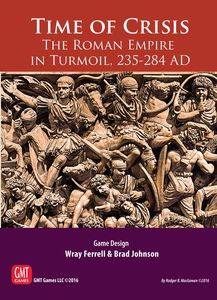 Because I am finally able to do a review of one my favourite (Editor: Spoilers!!!) games out there, Time of Crisis, published by GMT Games.

The game was designed by Wray Ferrell and Brad Johnson with art by Rodger B. MacGowan and it plays 2-4 players in 2-3 hours.

Let’s see how this works.

END_OF_DOCUMENT_TOKEN_TO_BE_REPLACED

(2/12/19 edit – it’s charged and it’s shipping at the end of the week. Whooooa Nelly! Can’t wait to get my hands on this. The title is Time of Crisis: the Age of Iron and Rust)

Fans of this blog (Hi, Bob!) are aware that I’m a huuuuuuuuuuuuuuuuuuuuge fan of GMT Games Time of Crisis. (Editor: Here, have another “u”. They’re free).

The brilliant game, designed by Wray Ferrell and Brad Johnson, depicts the Roman Empire during the tumultuous 3rd century, a time where if you became Emperor, your days were most likely numbered.

When Wray (or maybe it was Brad, but I think it was Wray) announced that they were working on an expansion, my ears perked up immediately.

When they said that it was now available on the P500 list at GMT, I jumped onto it so fast that there was still an after-image of me standing there gawking at the computer.

The other day, it was announced that they had reached 500 orders and it has officially “made the cut!” Woo!

END_OF_DOCUMENT_TOKEN_TO_BE_REPLACED

Welcome to this month’s New to Me post, as discussed on an episode of the Boardgames in Bed podcast (not this month’s, but the concept of “New to Me” games)

It was looking like a lean month for new to me games in October. That changed on the final weekend, where I played two of the best new games I have played in quite a while.

That gave me a total of six new to me games, maintaining my Cult Leader status!

Why don’t we start with the good stuff and head downward?

This is a game that I have been wanting to play since somebody mentioned it on their “new to me” post on BGG a few months ago.

END_OF_DOCUMENT_TOKEN_TO_BE_REPLACED

First play of Terraforming Mars with Turmoil! Been looking forward to this one. @strongholdgames #boardgames #tw
1st play of Football Highlights 2052 by @eaglegryphon . Really cool and gives you the ebb and flow feel of football! #boardgames
Finally getting Pax Pamir 2nd Edition to the table again. There’s a reason it made my Top 10 of 2019! #boardgames
Bi-weekly #smashup . Ghosts/Vampires (15) vs Killer Plant/Steampunks (12) vs Bear Cavalry/Werewolves (10). Great matchup! #boardgames @alderaceg
Alien Frontiers! First play in 3 years. Getting the old standards in this weekend @cascadecon #tw #boardgames
Ending the night with 3-player Teotihuacan from @boardanddice #tw #boardgames @cascadecon