It’s been a long month at Dude Central, and thank you everyone for the good wishes, the patience, and the condolences. December was a pretty bad month in general, with me generally not being in the mood to play games (or write blog posts either). 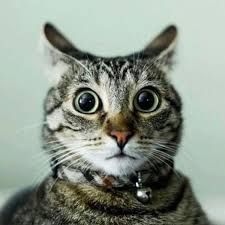 That really plays havoc with the Cult of the New to Me and could have actually sparked a rebellion. 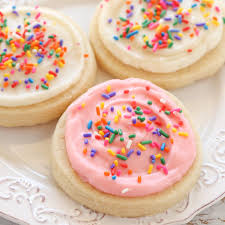 Thankfully, all of the cult members overdosed on sugar cookies and passed out for the entire month (Some people really know how to bake, like my sister-in-law).

So thankfully, my position is secure. While I played no new games in December, I did get to play three new expansions.

So without further adieu (all of my adieu was hijacked from a colony trade ship as it was headed to Pluto anyway), let’s take a look at those expansions! 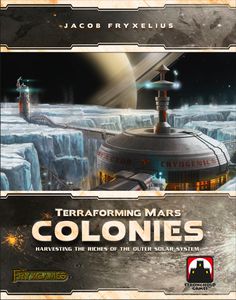 As if Terraforming Mars needed any more goodness, the Fryxelius brothers have decided to branch out and colonize the rest of the solar system!

Terraforming Mars: Colonies adds colonies to the mix (Duh!). In addition to 49 new project cards and five new corporations, Colonies adds eleven colonies that you can use to get more resources or, perhaps, help you succeed in terraforming the Red Planet.

The eleven colonies won’t all be in the game, as there will only be colonies equal to the number of players plus two (so a 5-player game will have 7 colonies).

The white cube will be placed on the square surrounded by white. Each generation that a colony is not traded with, that cube will move to the right.

Each player will get one trade fleet (though some project cards will give you an additional one) that will let you trade with colonies (even if no player has placed a colony there yet, others are already there to trade with).

For 9 Megacredits, 3 Energy, or 3 Titanium, you can send your trade fleet to any of the colonies that are out there (with a couple of exceptions if the proper card type hasn’t been played yet).

When you trade with a colony, you get the Trade Income. So trading with Io will give you heat equal to the number below the white cube (three heat in the picture). Trading with Ganymede in the top picture will give you one plant.

However, if you have a colony there, if anybody trades there (including you), you get the Colony Bonus as well (Io will give you two heat).

A colony can only be traded with once per generation, so if somebody beats you there, you have to wait until the next generation.

Terraforming Mars: Colonies also adds a number of cards that bring back “Floaters” from Venus Next, though don’t need the Venus expansion to use Colonies. There are enough Floater cards (even a new corporation and a colony for them) to make use of them even without Venus.

I loved the Colonies expansion on my one play, and hope to get more in soon. It adds some more possible strategies depending on what kinds of cards you get and what your corporation is. I don’t think it really prolongs the game too much, though it may offset the time savings that Prelude gives you.

It took us a bit of time to understand just how the colonies worked, but once we had that down it was very simple.

I would not play this game without Prelude anymore. I could almost say the same thing about Colonies, though it’s not quite as mandatory for me as Prelude is. I may suggest not using them if you have a brand new Terraforming Mars player, but otherwise this is yet another must-have expansion. 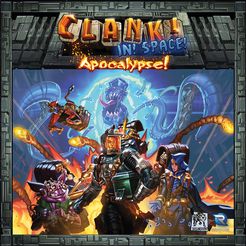 Lord Eradikus isn’t just an evil warlord who’s content to horde all of his treasures for some renegades to steal.

He has plans! I mean, they’re not up there with plans to build a new condo tower or anything, but they’re almost as evil!

The Apocalypse expansion to the awesome deck-building adventure game Clank in Space adds a few twists and turns to the base game experience.

The main additions are schemes that Eradikus is trying to perform from the depths of his evil lair.

Schemes come in three different difficulty levels. Level 1 is, of course, the easiest (Editor – So of course that’s what Dave played).

In the base game, when you pulled Clank cubes from the bag when Lord Eradikus raged, any black cubes would be discarded without effect.

In Apocalypse, these black cubes are instead placed on the scheme in the next available slot. When a level fills up, something bad (or maybe good) happens).

In the scheme above, completing the first stage of the scheme will cause each player to trash two Program cards in their hands. If the two Programs you have in your hand are both starter Hack cards, that’s not a bad thing! (though it may inconvenience your next turn some).

Other schemes may remove all FAZR cards from the supply, or have you trash a non-program card.

How can you stop these nefarious schemes?

You can take black cubes off of it.

In the example above, you can discard a Program card to take a black cube. If a stage fills up, you can no longer take cubes from that stage, so you’d better do it quickly.

But black cubes don’t just stop the scheme, they can also benefit you. What rightful scoundrel is going to stop a scheme just out of the goodness of the heart?

Some of the new cards let you use them for effects.

When you play the Fringe Scientist, not only do you get 2 Skill to purchase cards, but you can spend a black cube you have to draw three more cards.

There are two new double-side module boards included as well, and these incorporate some of these new mechanics. In the module above, one room lets you spend a black cube to get a power crystal, while another one lets you get 3 credits for a cube.

Those are the basic changes to the game. If you spend a black cube, it just goes out of play (like the base game) so it’s available to go back into the bag if the right card arrives in the market to let you put black cubes back in the bag.

My favourite new card is the Embedded Operative. This card gives you a little skill and fight, but if you spend a black cube, you trigger a boss attack. That would normally be bad, but if you draw any of your cubes, they go back to your supply rather than being wounds for you. The other players get wounded as normal. Stealing stuff ain’t for the faint of heart!

I used this card twice in my game, and retrieved three of my cubes (and the next time, I advanced the scheme by drawing four black cubes, but them’s the breaks).

There are a lot of cool new cards, and great mechanics with the black cubes.

While I wouldn’t say it’s a must-own expansion, it adds a lot of welcome variety to the Clank in Space game, with new twists and turns that make the game even more fun. 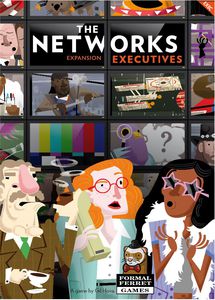 Followers of this blog know that The Networks is one of my favourite games. Even some of you who don’t follow me probably heard me shout from the rooftops about it.

One small negative about the original game is that while the distribution of shows for your network might be different, the game might start feeling a bit stale after a few plays. Each network was the same, so the only differences were the shows and how the other cards came up.

The Networks: Executives fixes that problem by having each player choose a network executive to play. Each executive has a unique power but then also has a detriment to offset that. This will guide how you might want to play.

For example, the Telethon executive can, once per season, hold a telethon. They get $2 million but then ask two other players to give them $2 million as well. If they don’t, then you get a sponsorship token. If they do, then they will get a token.

You can also get a sponsorship token by landing an Ad. You get $1 million less than you would normally get and you have to discard the ad, but you do get a token.

What can you do with this token?

You can spend the token to ignore one Star/Ad requirement when developing a show. You can also spend one to rotate a Star or Ad on one of your shows to its good side. Spending one during your upkeep phase lets you ignore income and expenses for one of your timeslots (remember, you ignore both so you don’t get the Ad income either). Or you spend three tokens to take another action on your turn.

That’s just one executive. All of the others also have unique powers.

StarryEye lets you buy or discard the top Star of the Star deck when you hire a Star, and lets all of your shows take an extra Star. But each Star in your Green Room costs $1 million in upkeep at the end of each season.

The variable abilities are all pretty different and appear to be a lot of fun to play.

These work similar to Network cards but are a lot more powerful. Network Master lets you play it at some point during the game to give you 4 viewers for each Network card you have in your possession (max: 24 viewers)

Finally, The Executives varies up the beginning of the game. Instead of each network starting with the same old boring Public Access shows, players will draft a Pilot Season. Each genre show costs $1 million to place, but the viewers are better for it. Each public access show will usually instruct you to draw Stars or Ads.

Thus, each player will be starting totally differently and have an idea of what the best way to move forward will be.

In addition, all of the TV Show cards from the base game are replaced with new ones, adding even more variety.

After one play, I really love this expansion. I don’t think I would play The Networks without it unless I was introducing the game to somebody. Even then, I think I would try to determine how much of a gamer that person is and see whether they can handle it.

I love it that much.

So what new games did you play in December?

Please, I have to live vicariously through you this month!

So let me know in the comments.